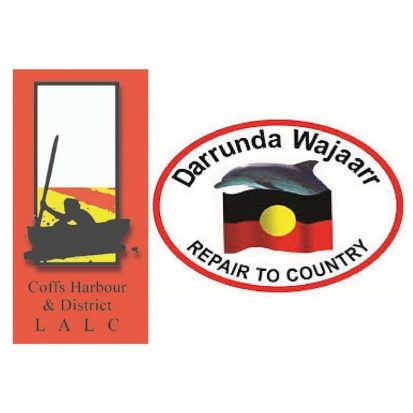 The ‘Darrunda Wajaarr’ means ‘to fix Country’ and are the only Aboriginal owned and operated environmental management team within the Coffs Harbour Local Government Area. Darrunda Wajaarr Ranger team continues our responsibility as Gumbaynggirr people to look after our country. The teams core business is to manage and increase the conservation values of Gumbaynggirr country. Using our knowledge’s and practices along with Western practices that ensure Gumbaynggirr people continue to look after their country, as they have for thousands of years.

The team has been operating since 2006, when the CH&D LALC obtained a small amount of funding which enabled a group of young Aboriginal Trainees to be employed on New South Wales National Parks and Wildlife (NPWS) and trained bush regenerators.

The team gained more momentum in 2007, when a multi-agency project called ‘Repair to Country’ was established. Through this project, the team worked within various land tenures and were supported further by NPWS through on-ground supervision and training. Working closely with NPWS, Local Land Services, Coffs Harbour and District Local Aboriginal Land Council and the Environmental Trust, Darrunda Wajaarr is dedicated to maintaining an active role in land management activities participating in cultural site identification, bush regeneration and cultural burning

The team is currently made up of five staff, two permanent full-time and two trainees, one permanent part-time staff and a casual who continue to work on funded contracts in the Coffs Harbour region.

The people from the Gumbaynggirr Nation are caring for their country and sharing traditional land management knowledge through a range of innovative projects.

Gumbaynggirr lands stretch from the Clarence River down to the Nambucca River on the mid-north coast of New South Wales. It is on this traditional land that they are undertaking natural resource management.