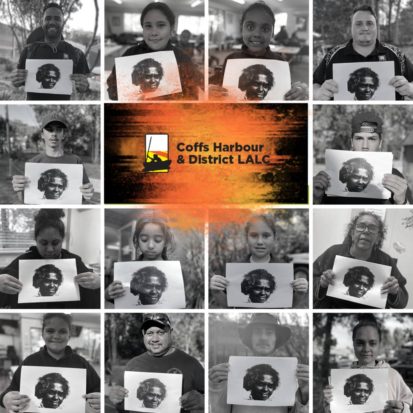 Although Aunty Grace Roberts was a Bundjalung Women. She worked tirelessly for Gumbaynggirr People within the Coffs Harbour Area.

Aunty Grace Roberts was an Aboriginal woman who history records as being a positive role model for her people and a person of great substance. She had a positive and lasting impact on the Coffs Harbour community, and is recognised for her leadership and guidance. From her determination, and by example, she improved the quality of life for Aboriginal people in our city.

Council and the Yandaarra Aboriginal Consultative Committee launched the Grace Roberts Community Development Award in 1999 to acknowledge individuals who, like Grace Roberts have made a significant contribution to enhancing the quality of life of Aboriginal people in the Coffs Harbour area.

21 Years on and Council want to change the name of the Awards Night with minimal Community Consultation!